Five new cars, representing a wide range of propulsion types, have been tested in the latest round of Euro NCAP safety tests. 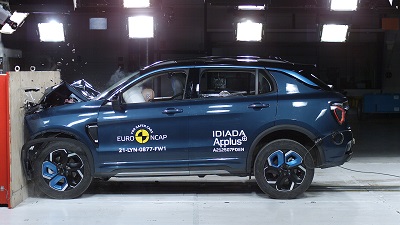 The first European offerings of two Chinese brands – Lynk & Co’s 01 hybrid and NIO’s battery electric, the ES8 – achieve the maximum five-star rating. The Audi Q4 e-tron, also a pure electric vehicle, also gets a top star rating. The Toyota Mirai, one of only a few cars powered by a hydrogen fuel cell, follows suit with the maximum five stars, as does the new Subaru Outback, the only conventionally powered car in this release. In addition to these five cars, Ford’s Kuga PHEV variant shares the combustion-engined versions’ 2019 five-star rating. 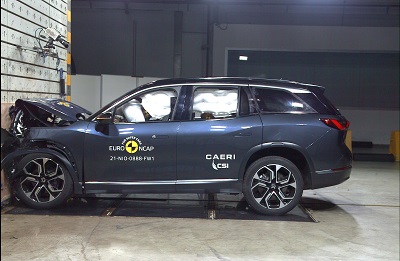 The Lynk & Co is a brand that is new to Europe and the 01 takes advantage of its Geely family connection to share its underpinnings with the Volvo XC40. The results are impressive. The hybrid/plug-in hybrid small SUV performs well all-round but its 96 percent score for adult occupant protection, including a maximum score for side impact, stands out. That, and a full set of active safety features, help it secure its five-star rating.

Another Chinese car that is new to Europe is NIO’s ES8. On sale first in Norway, the all-electric 6/7 seater, also gives a good account of itself, especially in the area of active safety. With excellent results for its autonomous emergency braking system and a full complement of other crash-avoidance features the NIO gains a 92 percent score for Safety Assist. 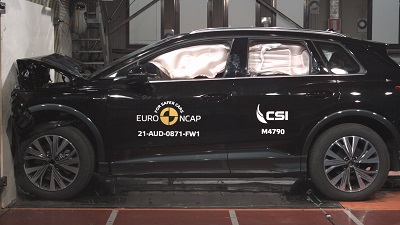 Euro NCAP’s Secretary General, Michiel van Ratingen, said, “A wave of China-made new energy vehicles in Europe is under way with new models launched by BYD, XPeng, DFSK, Seres, etc. Unfortunately, many of these are still not so transparent to European consumers when it comes to safety. Lynk & Co and NIO, however, show that ‘Made in China’ is not any longer a pejorative term when it comes to car safety. Here we have two new cars, both Chinese-developed, performing extremely well in our tests. It’s clear that all manufacturers know that Euro NCAP will hold them to high standards if they want to sell cars in Europe and gratifying that they are prepared to make the investment to get the best safety ratings.” 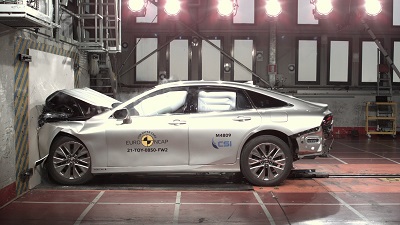 The all-new but conventionally powered Subaru Outback shines most brightly in the area of active safety with an outstanding score of 95 percent for Safety Assist. Like the NIO, the car is equipped with a system which detects signs of fatigue or impairment directly from the driver’s eye movements and combines this with steering behaviour to issue a warning when a break is needed. The Subaru and the NIO are amongst the first production cars to feature this innovative technology, which is expected to become more mainstream in the coming years. 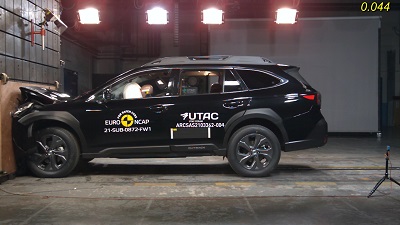 Toyota’s Mirai is amongst the first cars to use a hydrogen fuel cell to produce the electricity needed to drive the electric motor. With a high-pressure tank storing the hydrogen, safety is of paramount importance and the latest generation Mirai ensures this with a top five-star rating. Understanding that some consumers may be apprehensive about the technology, Euro NCAP paid extra attention to the crash and post-crash safety of the Mirai but found that the fact that it’s powered by hydrogen had no effect on its inherent safety.

Audi’s Q4 e-tron performs as well as the VW-group cousins with which it shares the ubiquitous MEB platform. Like the VW ID.4 and Škoda Enyaq before it, the car gets a maximum five-star rating, reflecting solid all-round performance.

Michiel van Ratingen, “This round of tests highlights the direction in which car technology is moving. All but one of the cars are electrified in some way or another. The Mirai has hydrogen fuel cell technology. These are moves driven by a need for greater protection of the environment. But the cars also have some of the very latest active safety technology and this, too, is part of a trend that has been going on for some time and will continue to do so, to save lives on Europe’s roads. The manufacturers of these cars don’t ask you to choose between saving the planet or saving your family, and nor should you be asked to!”